A little more than half of the insulation and wallboard is complete in the new makerspace. The shot below is what will eventually become the Byrne Advanced Machining Area. 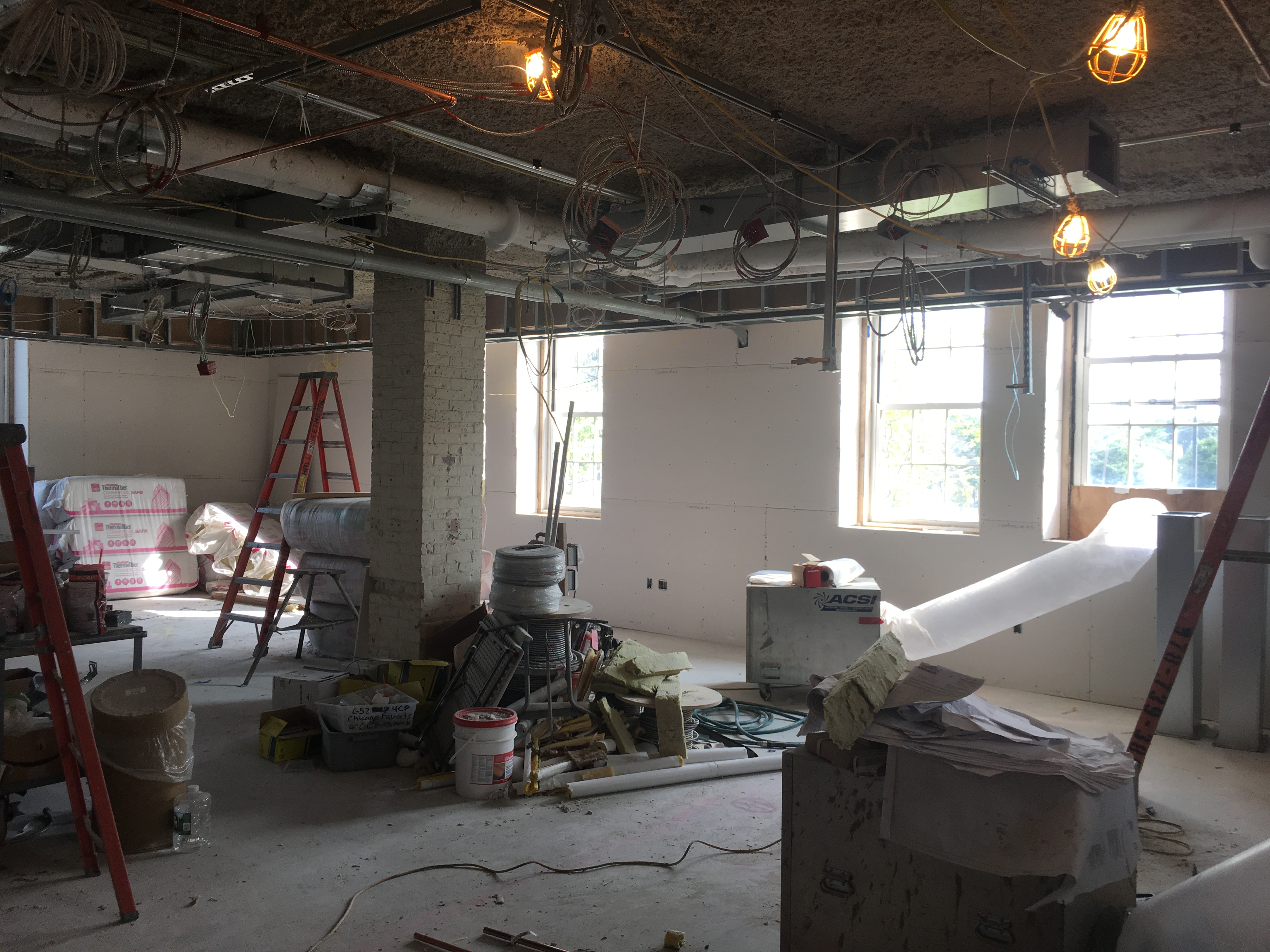 The space through the opening pictured below will be devoted to modern digital fabrication, meaning machines that are guided by computer models rather than by the human hand. The typical examples are 3D printers and laser cutters, but we may also add vinyl cutters, a small computer-controlled mill or waterjet, or similar tools for working with textiles. 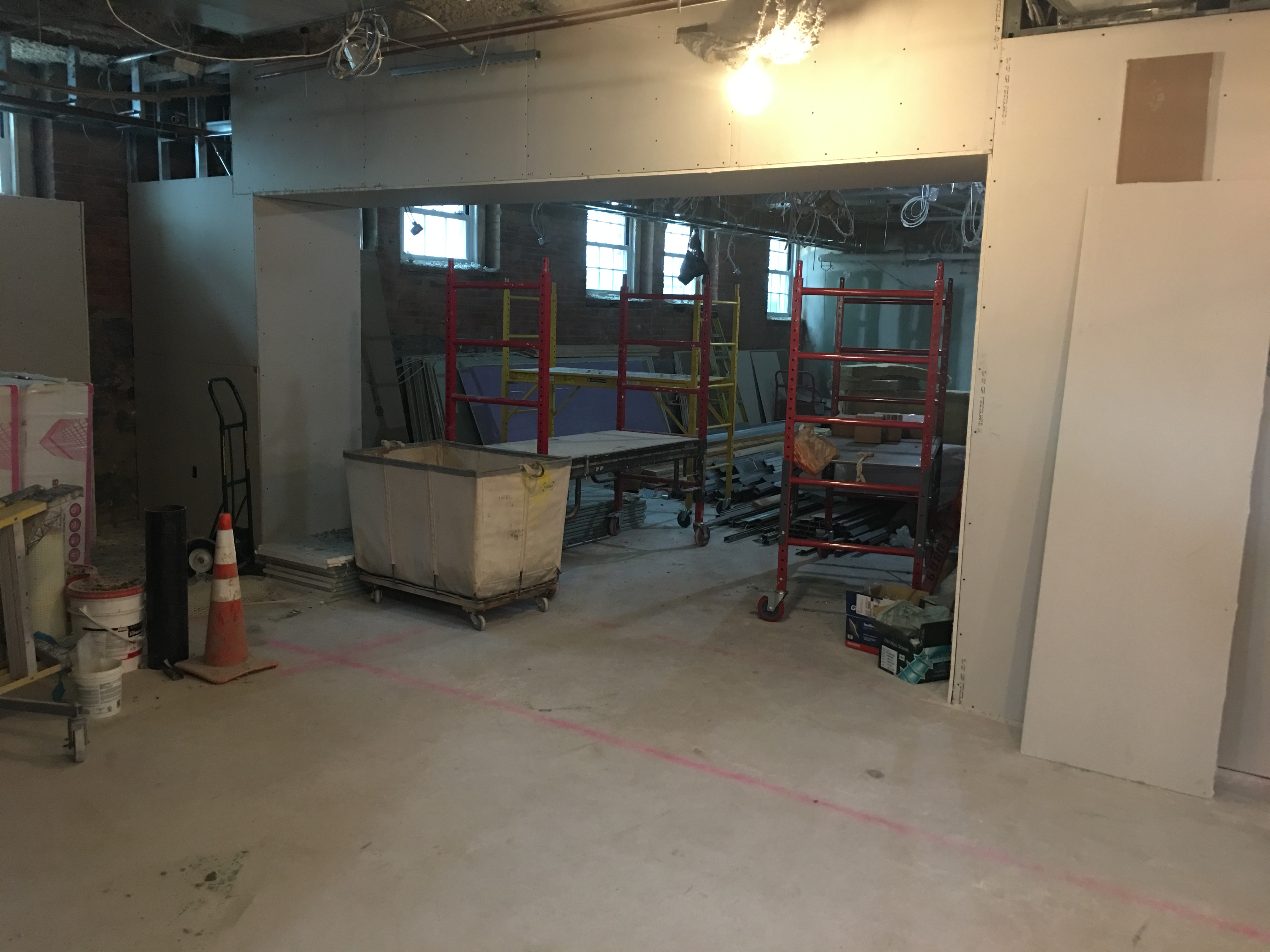 Most of the steel studs have been screwed into place, and some of the insulation is up. The next step is to cover the studs and insulation with gypsum wallboard.

At the same time, the air ducts for heating and cooling the space are nearly complete, the plumbing is done, and the electrical work is mostly done.

After the air ducts are finished, a drop ceiling covered in acoustically insulating foam will be installed, so the noise of the workshop won’t annoy the people upstairs. 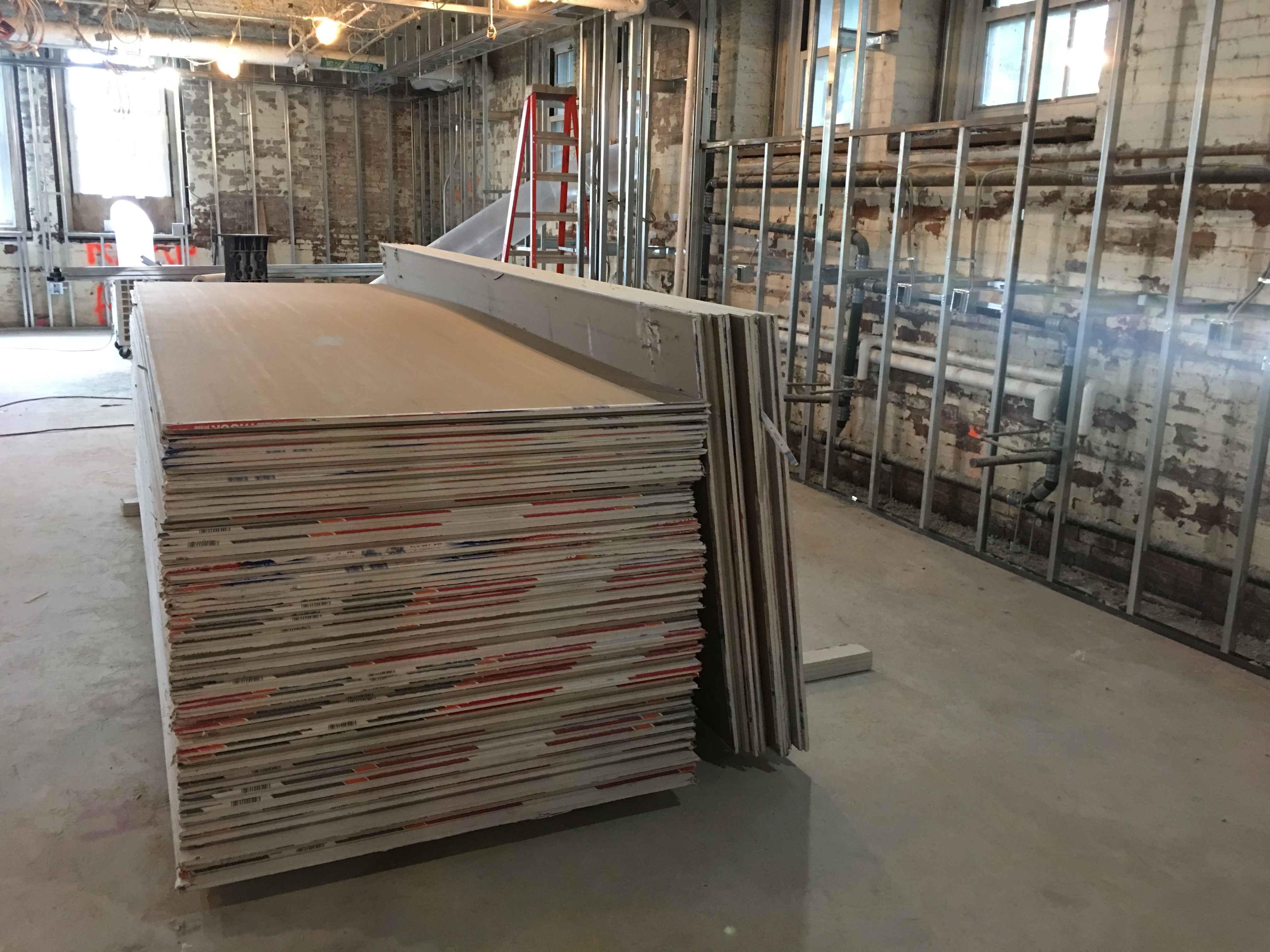 Last week, the ceiling was fireproofed, and now the walls are getting framed with galvanized steel studs. At the same time, electrical contractors are roughing in the outlets and wiring in the ceiling, and the HVAC people are hanging ducts from the ceiling. Most of the ducting, plumbing, and wiring will be sandwiched in between the fireproof ceiling and a lower soundproof ceiling that will be installed in a few weeks.

The basic infrastructure schedule has slipped about a week, so we’re now expecting walls, electricity, plumbing, heating, and such to be done on September 26.

Our big furniture order has been placed; we’re expecting some to show up in September, but the big set of work tables is scheduled for approximately October 16.

We’ll be having our first public event for Parents and Family Weekend on October 19-20. We might not have many tools up and running by then, but the doors will be open!